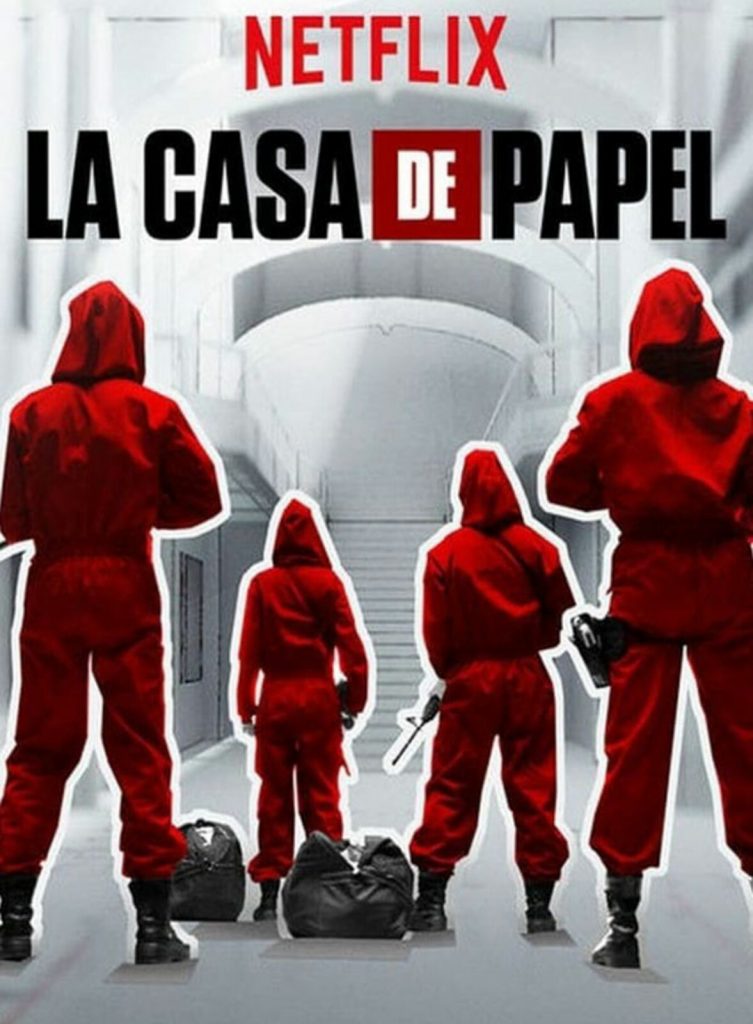 
A mysterious character called the Professor is planning the biggest robbery in history. To do this, he recruits eight thieves who take hostages and lock themselves in the Royal Mint of Spain as The Professor manipulates the police to carry out his plan from the outside. This group of very peculiar robbers have a plan: assault the Factory of Moneda and Timbre to carry out the most perfect robbery in the history of Spain and taking home 2,400 million euros. 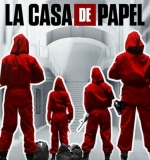 • Initially, the series was to be titled ‘Los Desahuciados’ (‘The Expelled’), as the protagonists are on the loose.

• ‘La Casa de Papel’, its original title in Spanish, is the building where money is printed in Spain.

• The episodes were shot in order and the actors only received the scripts for each episode as they were shooting, so they also did not know what their character’s fate would be.

• This Spanish TV series is the most watched non-English show on Netflix since its release.

• The Bank of Spain did not allow the production crew to visit the real building to replicate it on set. The interior sets were mostly fictional. According to the team they used “a lot of gray and a dictatorial flavour” to build the sets, inspired by the ‘Valley of the Fallen’, a Francoist regime monument.

• The outside of the building where the heist occurs isn’t the actual Royal Mint of Spain but in fact the Spanish National Research Council in Madrid. There was an attempt to record it at the mint, which was denied by the institution. The interior scenes were recorded in a studio.

• The Professor was initially supposed to recruit people with terminal illnesses. The idea was eventually dropped, except for one character.

• Originally, the characters had to bear the names of planets, but at the start of filming Álex Pina, the creator, wore a T-shirt with the words ‘Tokyo’ on it. Jesús Colmenar, one of the producers, then had the idea of giving the characters names of cities.

• The masks of the robbery are of the famous Spanish surrealist painter Salvador Dalí, who spoke highly of causing confusion and not limiting one’s imagination – exactly what the Professor and the heist gang are doing.

• The original cut of the limited series had 15 episodes. The Spanish network, Antena 3, aired nine episodes and took a break before airing the remaining six. As the episodes have an average running time of 70 min. Netflix re-cut the episodes to an average 45 min. to cater for an American audience, thus expanding the first season from 9 to 13 episodes. Netflix took a break between seasons, and beginning on April 6th released season 2, re-cutting 6 episodes into 9.

• Netflix acquired international rights to stream the series, which won the Iris Award for Best Screenplay.

• The heist takes place in mid to late October 2016. In the final scene of the final episode of part 2, set one full year after the heist, the timeline is in sync with when the series first began airing, in November 2017.

• Denver and Alison Parker performers, Jaime Lorente and María Pedraza, met on the set of the series before being a couple.

“It’s wildly suspenseful, addictive, and at times, infuriating, but those are all the makings for the best kind of heist thriller.”
⎯ Decider

“It’s a heist-centric multipart drama that upends most clichs of heist movies and celebrates others.”
⎯ Globe and Mail

“Throughout the entire series and especially the second half it has gone with the plot ‘in crescendo’, with certain moments of pause, provided by the solid scripts by Álex Pina and company.”
⎯ Espinof

“The direction of the series has been outstanding, with vibrant action scenes, an impeccable photograph, an A+ musical selection and soundtrack.”
⎯ El País

“The good direction including the action parts, the photograph and the visual commitment to red as an identity color, a script that measures well how to dose revelations and twists.”
⎯ Fotogramas

“At 22 episodes across two seasons, it is too drawn out, but even so, it’s often as tense and exciting as early-era ‘Lost’. If you want a thriller with visual panache – like freaky Dalí masks – try this.”
⎯ New York Times

“This series is full of outlandish plot points in virtually every episode. Yet I kept watching. Why? Partly because the series is dynamic and unusually well structured…”
⎯ Limelight